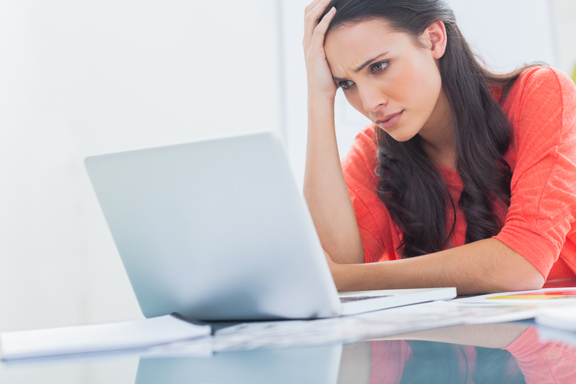 ARE ESTATE PLANNING DOCUMENTS OFF THE INTERNET SUFFICIENT?

In talking with potential new clients, a question that I am asked more and more frequently is “why would I pay you when I can go online and get a will or trust for a fraction of the price?”

While it’s true that in this internet age we can find almost anything online for less, from consumer goods on Amazon to legal services from companies like Rocket Lawyer and LegalZoom, one must consider whether the old adage of “you get what you pay for” still applies.

I was recently approached by a new client to help with the probate and trust administration of her late husband’s estate. When the client handed over her husband’s Will and revocable living trust documents I was a bit surprised to see that they bore the name of Suze Orman, the “financial guru” and television personality, at the top. Further inquiry revealed that the client’s husband had purchased Orman’s Financial Security Now package off the internet for $99 just a few months before his death. Out of curiosity, and a desire to see the quality of work we estate planning lawyers are up against, I decided to write this case study.

Too Good to be True?

Anyone over the age of thirteen can buy one of Orman’s $99 packages off her website. In addition to a revocable living trust and a pour-over Will, buyers also receive both financial and healthcare powers of attorney as well as an advance directive.  Amazed by the amount of materials provided for such a small price, I decided to take a closer look.

It soon became obvious that there were some glaring problems with the documents.

The first major issue I discovered with the living trust was that it was drafted in accordance with California law. Accompanying this declaration was an explanation from Orman stating that in her “professional opinion,” California laws were “more favorable to consumer[s] than those of most states.” I found this very interesting considering that California is one of only nine community property states in the country. Importantly, Montana is not a community property state; Montana, along with forty other states, applies a completely different set of property laws with regard to marital property, a fact that would likely result in some very unintended consequences once the first spouse dies. Not surprisingly, my client had no idea that her and her husband’s trust was a California document, and stated that her husband, who had never even lived in California, hadn’t known either.

“I was somewhat concerned with
Orman’s “professional opinion” claim.
Ms. Orman has never attended
law school and is not a lawyer.”

Aside from the choice of law issue, I was somewhat concerned with Orman’s “professional opinion” claim.  Ms. Orman has never attended law school and is not a lawyer. Despite her reputation as a financial guru, her only education is a bachelor’s degree in social work. Because she’s not a lawyer, Orman isn’t legally allowed to give legal advice, which makes her “professional opinion” claim even more troubling. Further, aside from stating her belief that California laws were the best laws, Orman fails to explain why, exactly, she believed this to be so.

Further examination of the trust document revealed other serious problems. For example, my client was the second wife of the decedent, and each had children from prior relationships. Because the trust was a joint trust, my client, the decedent’s second wife, essentially became the sole owner of her husband’s entire estate upon his death, leaving the decedent’s children out of his estate altogether. My client was shocked to learn that her husband had inadvertently disinherited his own children in his trust, something that was most certainly not his intention.

Similarly, the instructions that came with the trust offered some advice regarding what to do with IRAs. There, Orman instructed her customers to name their new revocable living trusts as Transfer-on-Death beneficiaries of their retirement accounts. What Orman’s advice failed to explain, however, was that doing so would result in an automatic five-year payout to the trust beneficiaries. This is rarely the preferred outcome as paying out potentially large retirement account balances over a short five-year period can result in massive tax consequences with the lion’s share of the money going to the federal government in the form of taxes. In order to avoid this unintended consequence, a trust document needs to include some very technical language from the Tax Code to ensure that the retirement account is paid out over a longer period of time and at a greatly-reduced tax cost. As you can probably guess, Orman’s trust document lacked this language completely, a fact which also came as a shock to my client.

The problems I found with Suze Orman’s estate planning documents are the same problems that are routinely found in documents being sold by Rocket Lawyer and LegalZoom. This is to be expected, however, given that none of these people or companies are lawyers or law firms. In fact, they all have small print disclaimers on their websites stating as much and also explaining that they are not allowed to give legal advice, even though that is essentially what they are doing.

The common thread, it seems, that connects all of these do-it-yourself online services is that they all sell generic, one-size-fits-all documents to unsuspecting customers while promising attorney-level service for a fraction of the price. The problem with this approach, however, is that people’s situations are all unique and highly-individualized; a one-size-fits-all approach simply doesn’t work when your situation isn’t exactly the same as the “average” situation, if such a thing even exists. What’s worse is that these issues usually don’t become known until one spouse dies, at which point it’s too late to fix.

In short, if something seems too good to be true, then it probably is. Estate planning is a very complex area of the law given that it involves planning for every possible contingency in light of the ever-changing laws and Tax Code. Choosing to work not just with an attorney, but with an attorney who truly specializes in this area of the law is the best way to protect yourself and your family and to ensure that your assets are distributed in accordance with your wishes with the lowest risk and tax liability. While an attorney’s advice costs more than these online imitations, the services qualified attorneys provide are immeasurably better. Remember, you really do get what you pay for.